AHAI: Reintroducing Hockey On Your Block, with Laura Langen

While growing up in Mauston, Wisconsin, a small town of about 3,500 people, the locals decided to start a hockey program for the boys… and Laura Langen. So, dads built the outdoor rink and made the ice themselves. The locker rooms were old trailers, and the coach was a neighborhood dad who simply loved the game.

The Screamin’ Eagles were formed.

Langen played with those same boys from age 4-12 – and then made the switch to girls’ hockey with the Madison Capitols.

Langen’s love for the game continued into college where she played for the Saint Mary’s Cardinals in Winona, Minnesota.

“Hockey is one of my biggest passions … as players who love the game, I believe we owe it to the sport to pass our knowledge along to the next generation. Every coach and volunteer out there know what I’m talking about. The feeling you get when you see a player hit certain milestones and the joy just being on the ice brings to a community.”

Langen moved to Chicago in May of 2019 and wanted to get involved with hockey locally in the city, so she started networking. “When I discovered Hockey On Your Block, and learned more about the program, I was instantly connected with the mission and so excited to hit the ice.”

Langen is now the new Executive Director of Hockey On Your Block. This past June, she skated into the position, accepting the role from its founder, Ray Lilja.

Hockey on Your Block is a women-led initiative that brings the joy of playing hockey to Chicago-area youth who would not otherwise gain this experience, improving their social and academic well-being and empowering them to find success through sportsmanship and teamwork.

Hockey On Your Block once had more than 400 active kids attending classes from some of the most challenged neighborhoods in Chicago. After two years, the program is back with the same goal – uplift communities through sport. Currently, at Morgan Park Sports Center, the program has been underway for the past month. Teaching kids the basics of skating on one end of the rink, and hockey fun on the other end. Langen wants to set a solid foundation at Morgan Park, and eventually expand into the West side of Chicago in January of 2021.

“My vision for this program has no limits,” says Langen.

Eventually, she would like to see Hockey On Your Block throughout the Midwest.

“Hockey needs programs like this all over the world,” Langen said. “Hockey brings so much more to your life than just physical activity. Teammates turn into family, you learn how to be a contributor on a team, the discipline it takes, the drive, exercising your brain; the benefits are endless…I think it’s so important to grow the game and reach as many people as we can because it is that special.”

Hockey On Your Block is geared toward youngsters, ages 5 to 14. Once a player goes into high school, they are welcome to stay in the program as a mentor. The concept of Hockey on Your Block is three-fold. One, give access to children to get on the ice. Two teach them how to skate. Three, once the child has decided to pursue the hockey program, teach them the game.

“We are wanting to create a bigger, more inclusive hockey community. The kids can go on to play on teams, or become hockey fans, whatever their path may be, we want to be the catalyst to their hockey passion.”

One of the values of this organization is to represent the diversity of this great city. “For us, having women in leadership and helping girls and women across our city develop their unique talents and gifts is a priority,” Langen said. “You can’t be what you can’t see. We want to promote inclusivity and diversity on all levels.”

The smiles from kids on the ice make memories for miles. Community is being built through hockey, in areas that previously were not hockey centric. And most importantly, the next generation of hockey players and fans are starting to develop. Langen is excited to see where this program takes off in the coming years, and so is Chicago. 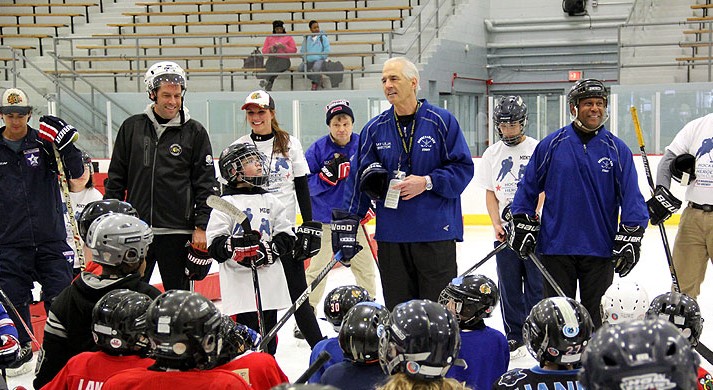 WLS: Hockey on Your Block 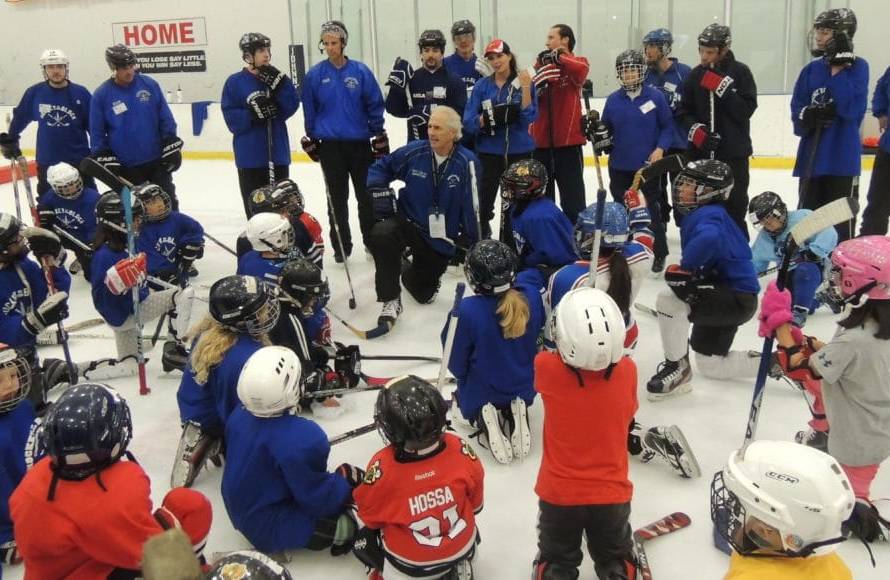 Powers: My small contribution to diversifying hockey in Chicago